The Crime of History; A “corrupt bargain”. Let’s table talk with Kalanit aka MTB 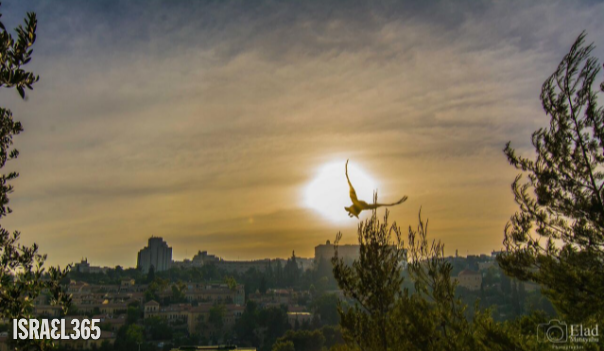 The Crime of History; A “corrupt bargain”. Let’s table talk with Kalanit aka MTB

The presidential election of 1824 ended in an acrimonious defeat where the outcome of manipulation of individuals became a connection between power and accountability. At the end of the day when all votes were cast no candidate had received a majority of the Presidential Electoral votes. This placed the final decision in the hands of the House of Representative. Our Candidates were; John Quincy Adams, Andrew Jackson, William H. Crawford and Henry Clay. Andrew Jackson comrades pejorative opinions purported an act of reciprocity, (military code word for revenge), against John Quincy Adams as he was the Knight who pushed the pawn aside in this game of “checkmate”. The House elected John Quincy Adams who chose Clay as his constituent, naming him, Secretary of the State. The House of Representative preferred John Quincy Adams which received the original nomenclature of passage while the Jacksonian’s purports the decision was a “corrupt bargain”. Many others indicative to the nuance of words which offended their political sensibility suggest the decision was not the art of political backbiting and definitely not considered a “corrupt bargain”.

Where are we today? We have a candidate that is under the media façade of absconding or pilfering in fraudulent activities and a candidate that have been deprecated for his ideology to the treatment of women and other misnomer. Let’s bring back the dignity and respectability in our election choices. Who is the most competent candidate in making an “Executive Decision”? Can we trust our selected candidate to lead with morals and ethical behavior while breaking the barriers within communications? Who is the better candidate on policies that resonate fairness to the majority? As we map a structured contingency theory, we are managing one variable at a time. Within my survey of interviewers I asked which candidate will they select? Candidate A, Candidate B or none of the above. The majority response indicated they are appalled over the circus this election portray. Therefore, we vote NONE OF THE ABOVE. The Art of Political Backbiting has tainted our election year after year. Can we be graced with dignity, respectability, social and emotional intelligence please? Let’s listen to other views. Rosario Dawson demonstrates professionalism with a touch of class….as this theme just trickles down the page.

Rosario Dawson to Hillary Clinton: Shame on You/ Compliments to NBC News / April 1, 2016/.

Judge Jeanine: The Establishment wants to “Sabotage” Trump and Is In Bed with the Democrats: The Silent majority will not be silenced. View video and story live from the fox insider. 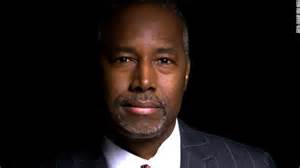 Ben Carson interview on the “View”. ABC/You tube  An Executive Leader cast down.

I ask you to juxtapose two perspectives that resonates success in our history. Managers focus on the hard part of organizational success and does things right while leaders focused on the soft part, (people skills), and does the right thing.

When we dream and envision or maybe even foreshadow, (as a result of foretelling), we honor the trait of a leader as we shift our gears of doing the right thing. The moral ethic principalities takes precedence. When we introduce paradoxical thinking we vision perceived risks.

I practice leadership with a vision, a focus, initiative and positivist because I know I have the expertise. I am proficient in assessment, measures that develop controlled methods, while determining the efficiency that are relevant to the needs of my organization. In other words, I am a strategist that can achieve my company solutions with a new vision and mission when needed. I envision myself as a valiant leader that takes an analytic perspective on diverse approaches, (scientific management, human relations and contingency). Allowing my talent management, (followers), to see through my looking-glass to minimize uncertainty as we celebrate the difference. (Henry Mintzberg, 2009), purports that the main idea should not be focused on distinguishing managers roles vs. leadership roles but the realization that managers are leaders too and leaders are scholars that practiced management well.

To introduce my audience to the authority of power, control and how it can influence

enhance and hinder leadership roles I ask you to examine my case study.

A Case Study – The Alison Parker and Bryce Williams Story From a Jewish Perspective.

Maslow theory of holistic understanding, (with the design and implications of descriptive

constructivism); is the social assumption that this way of thinking is the foundation to

inductive logical development? Is this theory of post-positivist a significant way to

organizational change? Within my prospectus my problematic questions are: Why do we

idolize, covet then devour? Why is reciprocity, (revenge), a course of action? What is

A political lesson, (adapted from), (P. Peli, 1987). Impatience creates a platitude and

treacherous thought patterns. According to biblical precepts Moses went to the mount to

talk to God. While lacking forbearance fortitude and perseverance the people asked

Aaron to make us a God who shall go before us, (Exodus, Chapter 32). Without haste

the people created a golden calf to replace God. This suggested the perplexities and the

typology of human nature. To reiterate managerial scholarly research is a domain of

quantification that allows professor‘s, (me), to revisit the relevance and gap of knowledge

in what really constitutes a leading role model for the revolution of leadership. The

people fired Aaron and Moses with prejudice, pride and the act of reciprocity because he

recognize our own talent, (that we already maintained within our organizational

structure)? To leaders that we cast down. Was it a just or unjust war?

Discrimination against God caused Moses to slain his own people.

I recently received literature that suggested this election is the most important election since 1980. I ask you to weigh the good vs. the evil. Muse over the pivotal changes we are facing within our executive leadership. Then do the right thing while casting your votes.

Dear Kalanit what do you think of your first lady now? While the world burned the president of the united states and the first lady was doing the tango. Designer dresses’ with our tax dollars? Well my dear I think expressions that are tacit echoes words of understanding. I am not privy of the first lady spending budget but media reports states her wardrobe was purchased with her own personal finances.

Who is David Larsen? LET’S EXHIBIT A TOUCH OF CLASS! CHIME IN!

RISE ABOVE THE OCCASION JOIN IN WITH A TOUCH OF CLASS; PARADISICAL CHIMES 50 ASK KALANIT THOUGHTS FROM A JEWISH PERSPECTIVE