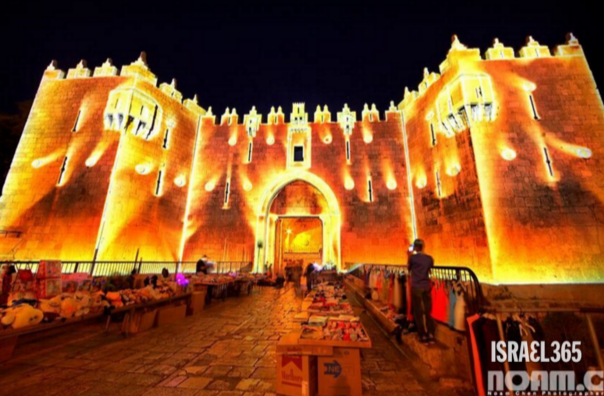 The tasks of using your eyes to search a person heart and mind is not easily accomplished. That type of introspection is sometimes impossible. Expressions are imagined or visualized as deceitful and devious. How we view ourselves and how we view others in this day and time is considered a preconceived notion. If we could understand other people personal orientations would we allow it or still condone it? What is the difference between information and inspiration? How can we continue to bloom in the face of adversity? Walt, Disney Company, Mulan says, “the flower that blooms in adversity is the rarest and most beautiful of all. Is “turning the other cheek” a phenomenalism? A sense-data-based theory of perception or a philosophical theory stating that knowledge of the external world is limited to appearances. Therefore, we acknowledge that we know what our senses tell us about things not what they are. Phenomenalism is chiefly associated with the work of the 18th-century British philosopher David Hume and his followers. Are we still there? In the 18th century that is.

In 1975 I rode the bus to my first day of high school. As the bus passed over the bridge, (forbidden territory), a young lady got on the bus and sat beside me. She asked was I going to University City High School. I responded yes. She also asked what program and I said ISP, (individualized study program). She said, me too. I smiled and turned my head. She introduced herself and told me her life rituals theories and path. It was so important to her that if we were going to be friends I understood her life position. She said, I am a Moorish American and I am not black. My skin color is olive. I am a Pescatarian or (pescetarian), but I restrict my meals to fish only. Moor’s go by the last name Bey and the Islamic faith. For those that don’t know Moorish Science Temple of America was founded by Noble Drew Ali, (born Timothy Drew). His teaching and views were African-Americans are descended from the Moors of North West Africa and thus were Moorish by nationality. Well I said to myself anything else, but I had no verbal response other than that’s great. Personally I didn’t care. I never cared about other people religion skin color and take on life. My position was I will accept what and who you are I just ask you do the same. To clarify my article, “Cruel Intentions, Are you Black or White”, it is being misunderstood as Black is not beautiful. It is definitely not my intent nor am I stating that because I am of mixed race, I am discounting my African-American heritage. The article is based on information. Informative, enlightening, edifying facts. But rumor has it that Kalanit isn’t BLACK! Jewish ethics states that rumors inflict possible irrevocable damage and regards it as a particular vicious offense. The behavior is motzi shem ra, (giving another or literally spreading a bad name).

I am a Denzel Washington fan. My favorite movie during African-American history month was Malcolm X. In prison he was taught, (by a Muslim brother), how foul the pig was. What a pig ate how he lived and what he slept in. The negative connotation of the word black, (according to wikipedia, the Malcolm X story), was the following: destitute of light, devoid of color, enveloped in darkness, utterly dismal or gloomy, soiled with dirt, foul, sullen, hostile, forbidden and outrageously wicked. When Malcolm X was six, his father died in what was officially ruled a streetcar accident although his mother Louise believed Earl had been murdered by the Black Legion. Rumors that white racists were responsible for his father’s death were widely circulated and were very disturbing to Malcolm X as a child. My article, “Dear Kalanit can you offer your perspectives” has a link to R Kelly slow wine remix featuring Sean Paul. Within his lyrics he says he love his woman with the beautiful skin color of mustard, (referencing the woman of color). But most of us see mustard as the yellow substance that is placed on our hot dog. How easily influenced are you? Are you a follower or a leader? I mentioned forbidden territory as I rode to school because I grew up in 30th and Norris, Berks street area of beautiful “Strawberry Mansion”. When you crossed the bridge you were out of your territory. As the men in the gang were seen as the “Godfathers” of the neighborhood I respected their position. As we also had a second tier of Godfathers, (the nonviolent men in the neighborhood), which was not bullied into joining the gang. Another fine respectable group of gentlemen. Graduating from high school a year earlier I remember the girl I met my first day of school saying, “T” are you leaving me? In 1977 I was at the University of Miami home of the JAPS, (Jewish American Princesses). Another rumor or slap in the face. As I approached the student hang out quarters a Caucasian gentlemen said, “here comes the newest JAP on campus.” JAP was a standard name of being a “bitch”! It was also associated with other unacceptable stereotypes. I was welcomed by two young ladies Allison and Sylvia from Louisiana. They asked me to join their sorority, “Alpha Kappa Psi ”, which I agreed. We had no rituals or demeaning tasks to become a member. University of Miami had posters around with a coke – a – cola can and a white substance pouring out stating, “here you will find runny noses denote more than the common cold”. Funny…not so, but rumor has it that most students were addicts or sellers. Almost 40 years has passed by and I am not a Moor a bitch a JAP, (in the flawed definition), a drug user or pusher and on any application or identity documentation I cross out the word “BLACK”. How careful should we be in spreading rumors? The Talmud suggests the following guideline: “If the information is as clear to you as the fact that your sister is forbidden to you as a sexual mate, {only} then say it”, (Shabbat 145b). Can we at least comply with that standard? I honor my parents by not spitting in their face denying what I am. Oh by the way, when my nose run…it is a sign of a seasonal cold symptom.

Miss Theresa Bass AKA Kalanit Owner and Sole Proprietor of

Love you all my colorful people.

Condolezza Rice I don’t need you to tell me what it means to be black!

Rumor Has It – Adele Music Video